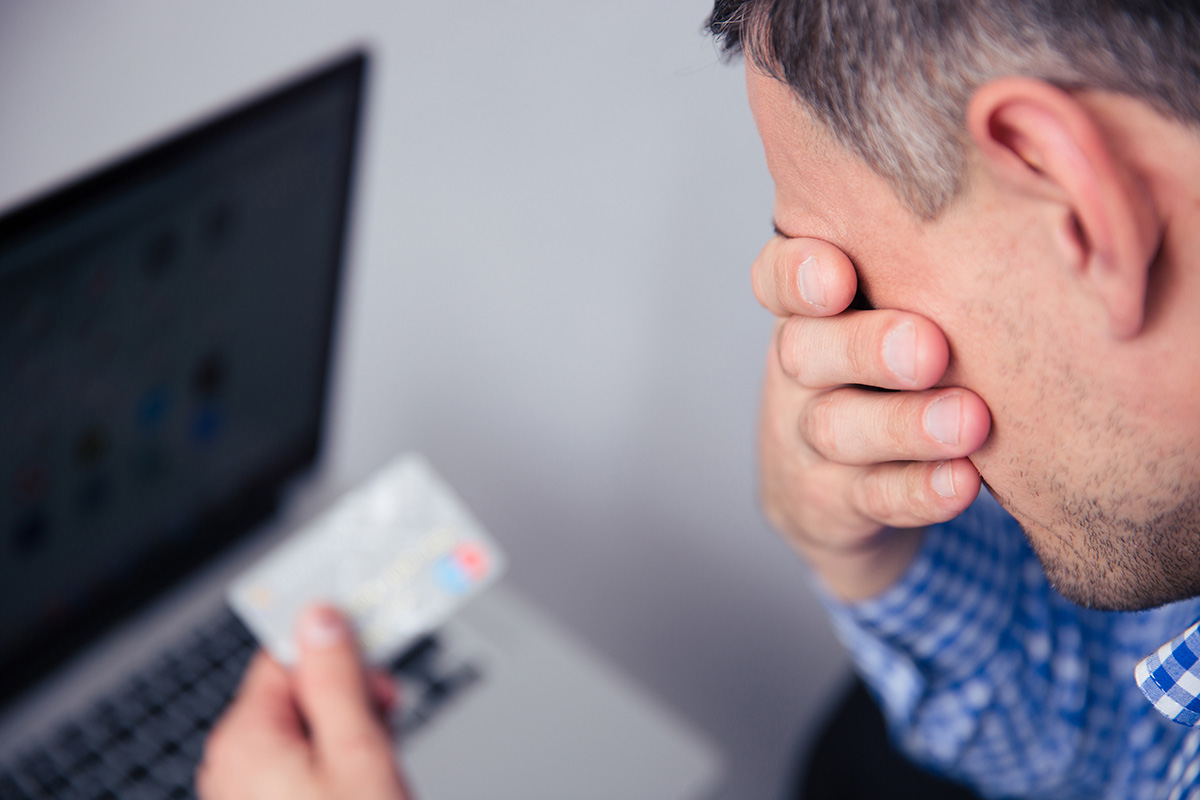 It might seem like using your credit card is next to harmless. In fact, there are many small mistakes that can have a substantial impact.

It is almost inevitable. As soon as your card is flagged and frozen, you will have to make a large purchase in front of important people. Almost nothing is more embarrassing as struggling to pay the dinner bill for a large client. Plus, your client probably will not think highly of the SNAFU.

2. You Can Be Stranded

After a great vacation, you want to hand the hotel clerk your bill and sign your name with a smile. A frozen card or a card with depleted funds can put a damper on your entire trip. Instead of waltzing to the airport, you will have to spend time on the phone while attempting to avoid all disapproving looks from customers behind you.

A credit card can be invaluable while traveling. If worst comes to worst, you might have to fork over some cash to get to where you need to be ASAP. The ATM will likely spit out $200 and freeze if multiple transactions are attempted. Also, debit cards typically have low credit limits. Keep your options open, and reduce the risk of spending the night on the floor.

It is nice to grab the bill on a first date. It is not so nice to have the bill returned and a new form of payment requested. You could even ruin your chances with a future spouse. In many ways, saying, “My credit card was frozen,” is the 2014 version of saying, “I forgot my wallet in the car.”

Adolescents are not like real people. They are a breed of their own. Paying for your teen to go to the movies with a friend can give you a few hours of much needed rest and relaxation at the venue down the block. A frozen credit card can give your teen even more ammunition in his or her ongoing quest to label you “the most embarrassing person ever.” Then, your teen will tell all friends and parents of friends in a matter of seconds thanks to social media sites.

6. Be Confident When Emergencies Happen

One of the best aspects of owning a credit card is the ability to use it during emergencies. The last person you want to call during an emergency is the customer service representative from the fraud department at your bank due to a frozen or overdrawn card. Focus on friends and family first by avoiding identity theft.

7. Avoid the Glare During Small Transactions

Some store clerks get it. Others have a general hatred of the public, and your credit card issues can only add fuel to the fire. Avoid getting the glare from a barista at 7:00 in the morning after your card was frozen. Start your day off right, and focus on better things.

Mitigate the Chances of Identity Theft

Many credit card theft scenarios are fixable. At best, they are a headache. At worst, they are costly. Protect yourself from the latest forms of identity theft to avoid shame, embarrassment, and the glare.

“No Stairway, Denied!” – The Effect Of Copyright On DVD Releases

Copyright Law – A Detailed Explanation of the ‘Fair Use’ Clause

Get Permission When Using Other People’s Material

As technology develops at a lighting pace, it is important that individuals and businesses ensure that they are keeping abreast not only of the technological…

What Is Crime-Ware? How Are They Harmful?

Cyber Law FAQs – Does Free Speech Apply to the Internet?